You probably know Zac from his amazing aqua blue wanderlust images taken everywhere from Rottness Island to Koh Rok to Bali, but what does he do when he’s not at the beach? We got him to answer ten questions recently and we found out there is much more to him than chasing an endless summer – not that there’s anything wrong with that!

1. What is something most people don’t know about you or wouldn’t guess?

No one can ever guess my ethnic background…like ever! I get Mexican, Hawaiian, Native American, Indonesian and the rest! But in fact, I am half Thai and half Aussie, which means my mum cooks some amazingggg Thai food!

2. What is your favourite unhealthy food?

I obviously try to shy away from unhealthy food but we all have our guilty pleasure don’t we? Haha. This one is probably quite out there and different but I loveee Salt & Pepper squid tentacles from Chinese restaurants. Don’t ask me why, but I’m just obsessed!

I love to try to cook and most the time it’s come off quite well! Like I said, my mum is amazing at cooking Thai food, so I’ve tried to steal some recipes – and she’s taught me a thing or two. I like cooking curries to be specific, but they’re never as good as mums haha!

4. The last song you listened to?

As I am writing this I’ve listened to Methyl Ethyl: Trip the mains & Parcels: Overnight, Two absolute bangers! But I’m a big fan of Great Gable, a local Perth band everyone should get around! 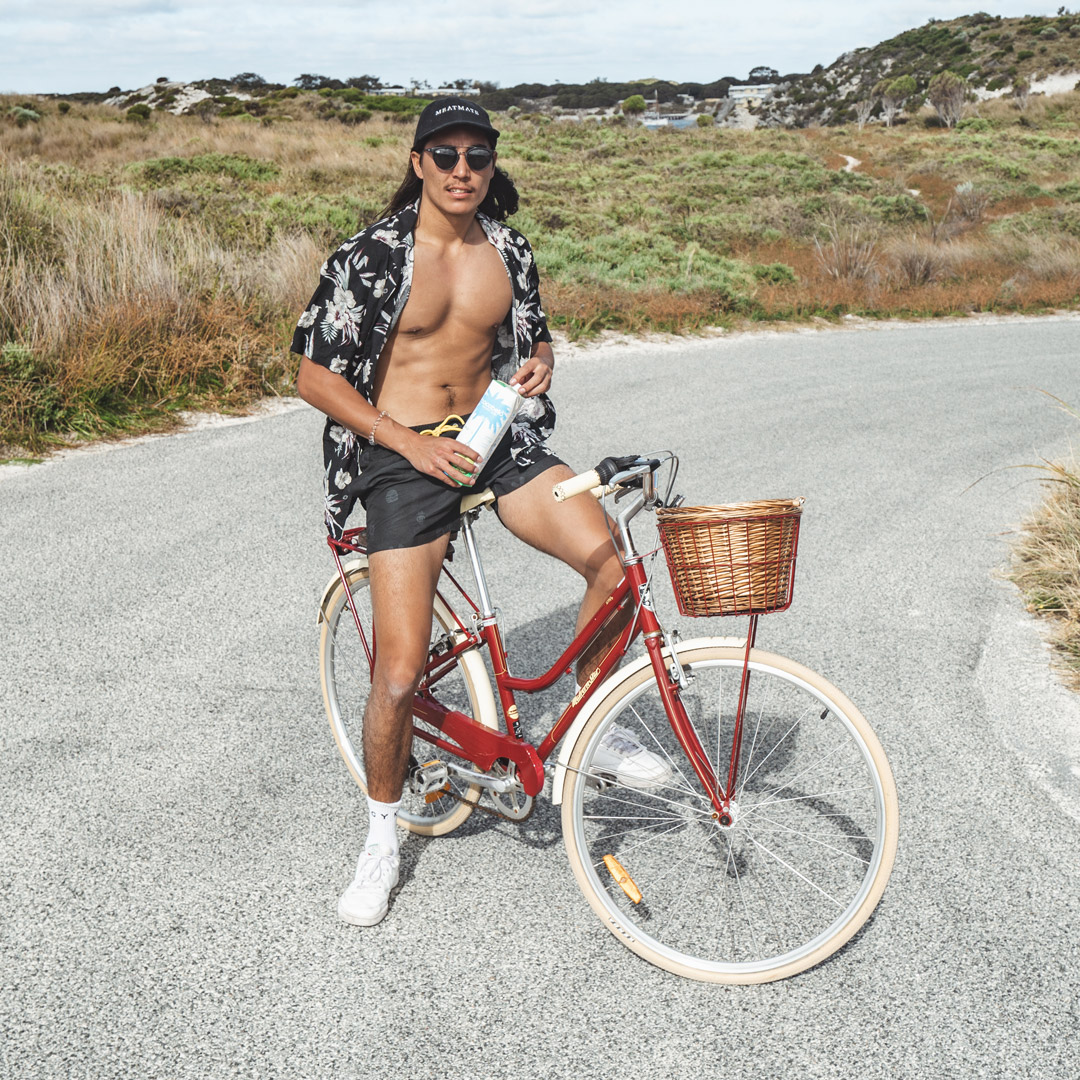 The last thing I watched was a documentary called “Game Changer”, which is about vegan athletes and how beneficial it has been for them! Will I change to be a vegan? I dunno…watch this space!

6. What is something you wish you could do but can’t?

One thing I’d dreamt of doing was being a photographer and after years of practice and hanging out with many photographers, I’m stoked to say it is now my job and what I do for a living! But one thing I wish I could do, which would be so cool would be to be able to sing and play guitar! What a life they live, touring around the world doing what they love! I guess it’s very similar to traveling and taking photos but being able to play in front of a live audience and see them appreciate your talent is something pretty cool!

7. Who is the person you most admire?

Lately I’ve really been admiring Gary Vee and his “go for it” attitude. Listening to his podcasts is inspiring me to not care what other people think. His work ethic is also very admirable. Just the way he goes about things definitely inspires me to be more motivated to go out and do what I need to do! 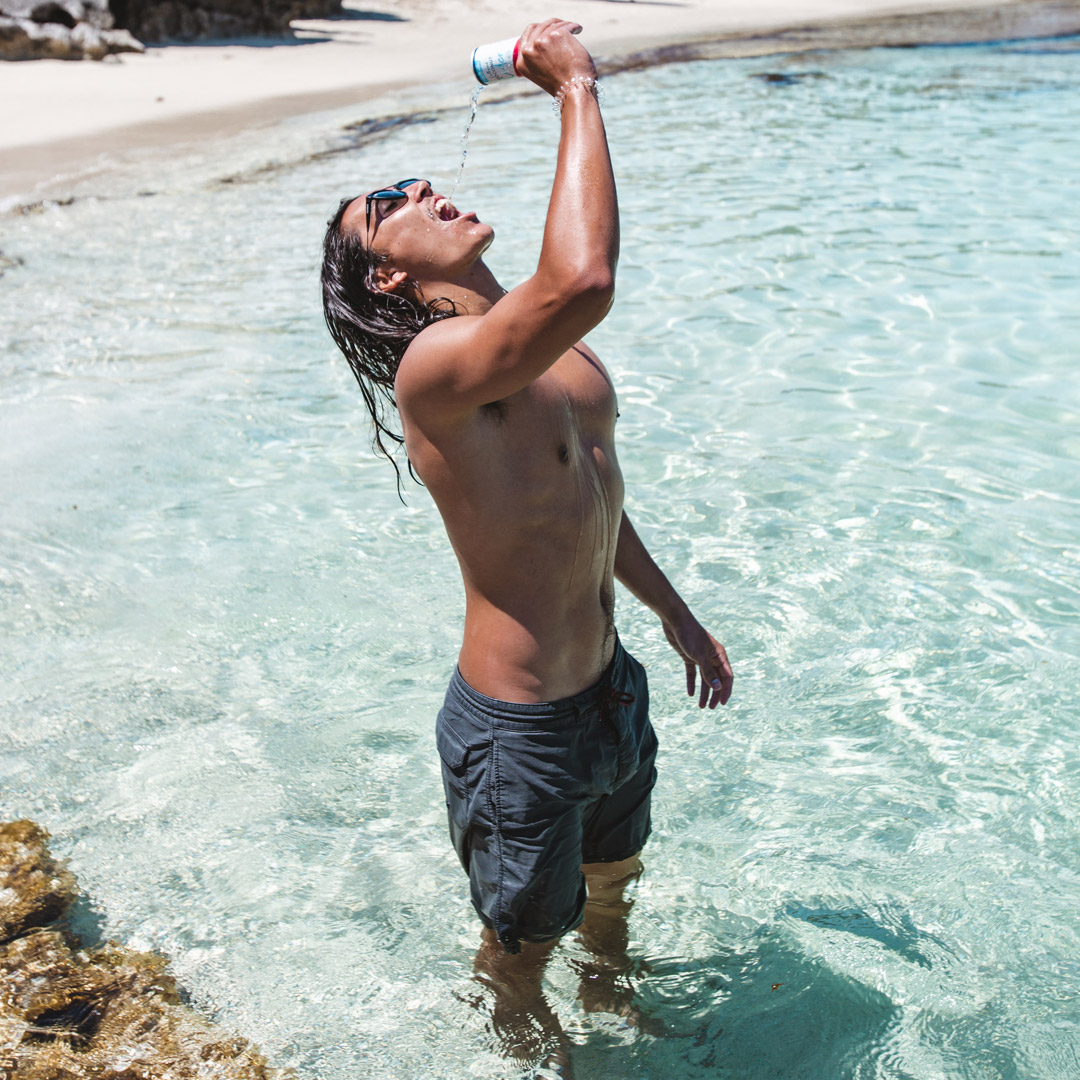 8. How did you get into photography?

The photos you see in this blog is the place I got into photography. As you can see it’s a place where it’s hard to not get a nice photo just because of how beautiful and picturesque it is. So long story short, I lived in Rottnest Island for 2 summers and I had a couple mates there with cameras taking photos. We literally went out most days and just explored, surfed, free dove and took photos. After a while with the boys helping me take photos and edit them, I eventually got a camera prior to traveling. It’s been the best thing I’ve ever done. I’m so glad I picked up a camera.

9. Who are your favourite people to follow on social media and why?

I like to follow photographers and people who send great positive messages! @happiness__co is probably one of my favourite pages that sends off a positive vibe! They’re a non-profit all about finding your happiness no matter what you are doing. They go around the country spreading messages and techniques to find your happy.

There’s definitely a few photographers and videographers I follow that keep me motivated to create more:
@kyle_hunter, @haylsa, @jaxonfoale, @johnnyjungle, @doyoutravel and many more of course!

Most mornings I have a glass of Cocobella Coconut Water with ice and a shot off coffee in it..Best thing since sliced bread!

There has been a problem with your Instagram Feed.